Considering the options, I think it was a wise choice for the ersatz-Deacon to not go with any of the real John Deacon’s historic hairstyles, and just shave his head. 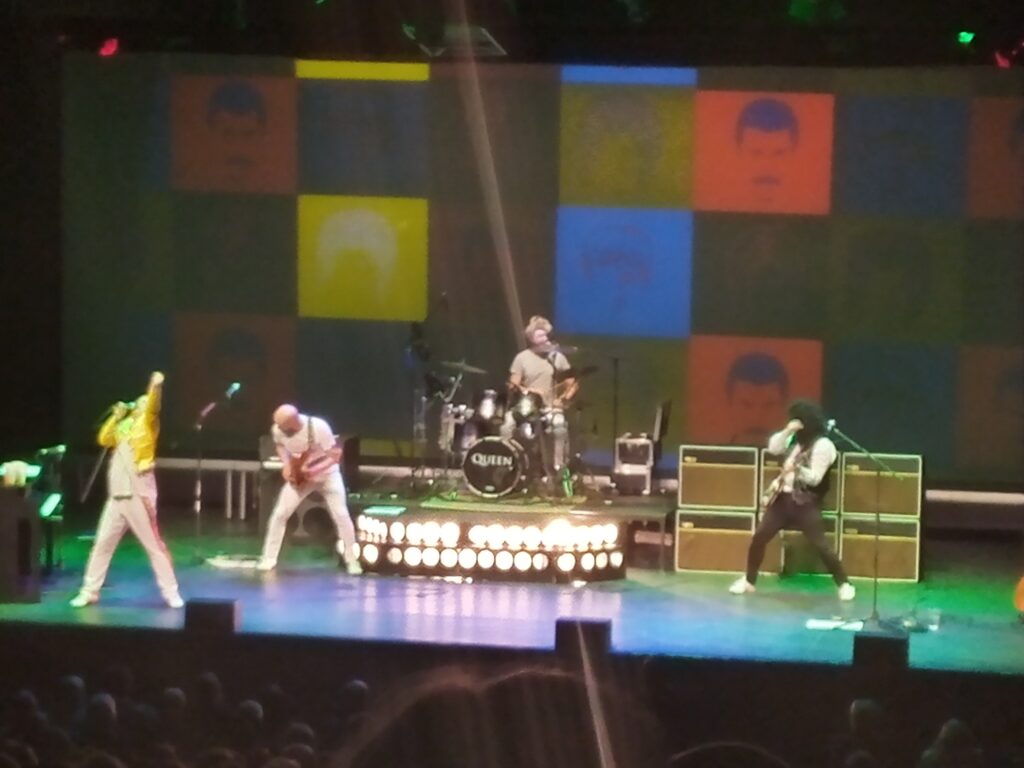 We won’t dwell on those here, lest someone from my past dredge up some of my awful hair choices. Although I have to say: I never had a perm.

Fake-Freddie has clearly studied for the part, getting the strutting down perfect. His voice wavered a bit at the start, and he flubbed some lyrics, but even the real one sang the same line twice in a few shows – maybe this was deliberate? If so, I’m putting a hat on, just to doff it to him.

Replica-Roger seemed to be wearing a truly awful wig. Still, his drumming was spot-on, and his singing just as good.

Bogus-Brian is another who has studied his target, getting the mannerisms right. Even down to that “leaning back while standing on one leg thing” and looking slightly embarrassed at the actions of the Freddie. If that isn’t his real hair, then he knows a better wig maker than the Roger does. Spot on, guitar wise, but the voice was slightly off. But only slightly.

Generic-John (the best I can do, alliteration wise, sorry), as I mentioned above, didn’t even try to look the part. Not that this detracted from the sound, which is after all the most important thing. He’s a good bass player, Bob on. And, who knows what The Deacon actually looks like these day, since he became a recluse? He might indeed look like a bald giant with a beard. Or, the gigantic bassist* here might have just used his bulk to intimidate the other three into not having to wear a birds’ nest on his head. 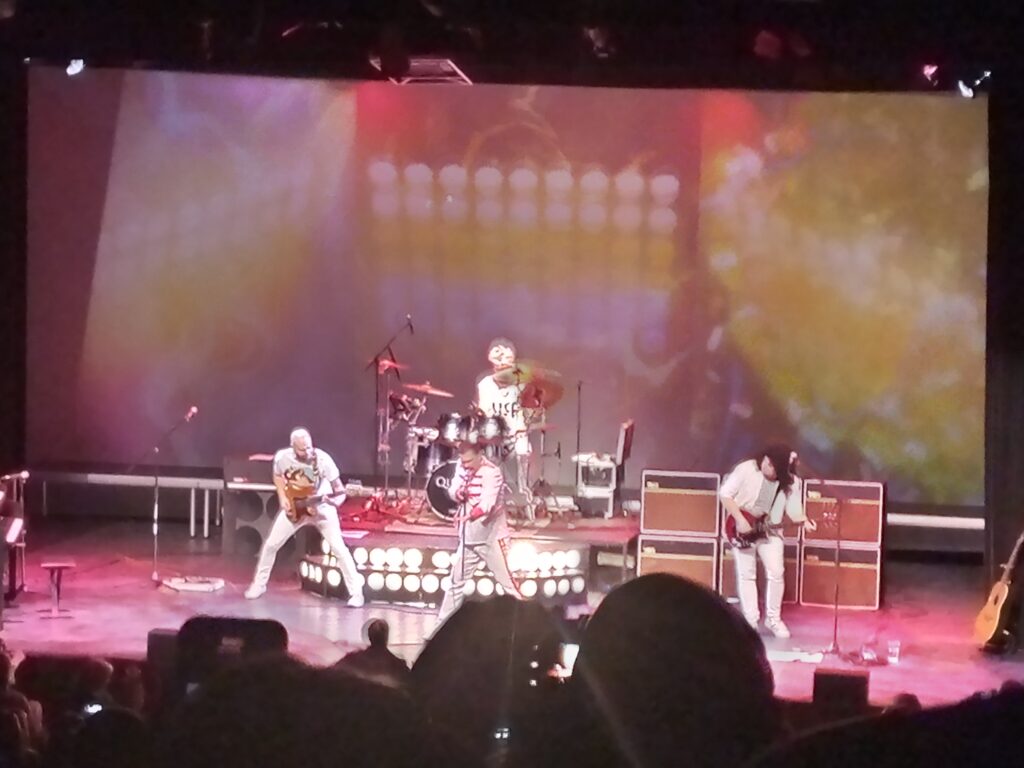 The important bit: Were they any good? Well, yes they were excellent. Would we pay £25 each to see them again? Certainly.

*Important note: I am a giant. I own a bass. This is not discrimination.