Normally I’m quite good with photoshop, but it just isn’t with me today. Anyway, here is the greatest thing that Ford never made: The Focus MK1 P100/Ute. Based on the Estate version.

Its no secret that the MK1 Focus is one of my favourite cars. I drove many Diesel Estates as taxis, and they were unbreakable. I had an ST170 once, and it was fantastic for a while. Then it turned into some kind of hybrid steam engine, constantly running out of electricity and pumping out steam.
Its also no secret that I’m a massive pick-up fan. My first (and only, so far) was a Sierra P100. It looked like this, but with more rust: 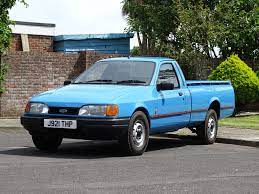 I’m the kind of dangerous person who, if they had the money, and if their girlfriend never found out, would work to make a Focus Pick-up.
Anyway, enjoy my pisspoor vision of the Focus P100.