I’m going to be playing about with and SDR dongle a lot, so I think it only fair to describe it.

Well, its a Realtek RTL2832U+R820T DVB-T USB TV RTL-SDR FM+DAB Radio Tuner Receiver Stick  that I bought for £9.99  in 2014 from Amazon (original link is dead, but this is roughly the same thing). It isn’t brilliant, but I’ve been using it with SDR# on one of the Windows laptops for years without too many issues. It is somewhat off frequency, but we can fix that. 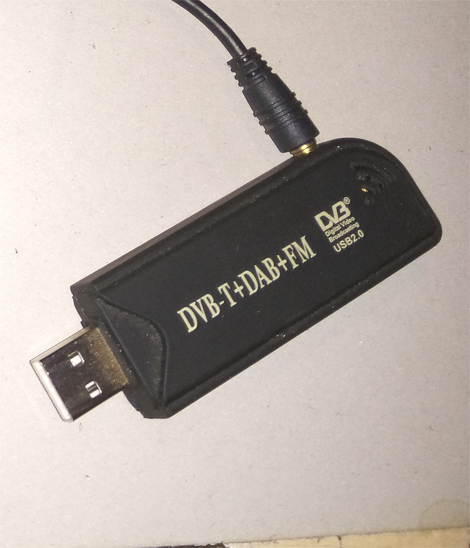 And on the other end of some shitty co-ax, there is a tiny twig:

It may look rubbish, but I’ve recieved signals from about 15 miles away on that tiny stalk, back when I was using it to decode taxi radio data. I’ll replace it with a better antenna eventually, when I know what it will be actually used for.

And to do that, I’ll need an adapter, as the socket is one of these: 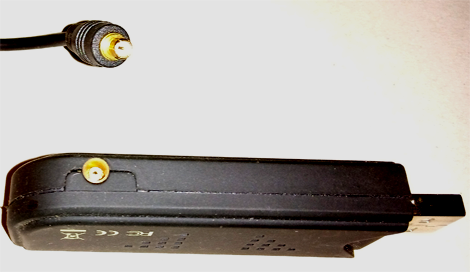 The connector type is MCX, so adapters for SMA, BNC and 259 will come in handy. Note: That link won’t get you an MCX to SMA adapter! Luckily, Amazon will happily sell you 2 for about 9 quid.

As I said, I’m not sure what I’m going to use it permanently for, but it will involve a Raspberry Pi. At the moment, the options are:

I’ll probably almost certainly have a go at all three though.

One thought on “Cheap Realtek SDR”