During WWII, all 13 top toppers were given roofs, to enable year round use.

Originally, it probably looked a lot like it’s sister car, the later 706 Princess Alice. Alice had also been enclosed, but was rebuilt as an open-topper following a collision: 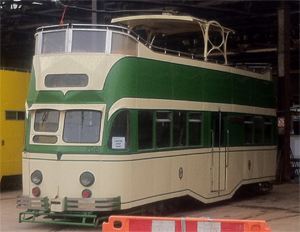 It remained in regular service, with various modifications including “single destination indicator boxes, until 2006. The last livery it wore was the Purple and Yellow verson of the Metro Coastline scheme, which it wears to this day.

You can, if you search eBay and Hattons enough find a model of it in this state, which looks like this 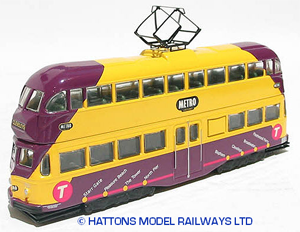 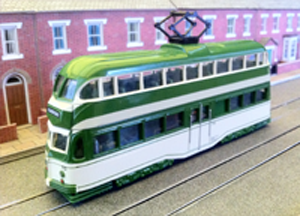 The former has the wrong destination box type, and the later is a tribute band job for a 100 years celebration.

Following its withdrawal, it was purchased by Frank Heald.  It is currently in the hands of the Fleetwood Heritage Leisure Trust, and is stored in a “secret location” which is really about as secret as the location of Blackpool Tower.

As the FHTT have previously wanted to charge me a very un-small amount of money to use a tiny thumbnail pic of one of their trams, here is a pic from a video by streetrogue photography: 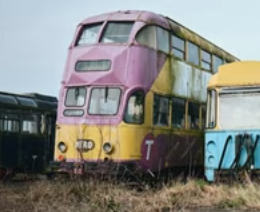 FHTT plan to restore 710 to it’s Metro Coastline “glory”, but have one end reflect the livery it wore in its finest hour.

For in 1989, 710 killed Alan Bradley on the then popular British soap-opera, Coronation Street:

So, what exact livery and appearance is that? So, looking at some screen shots… 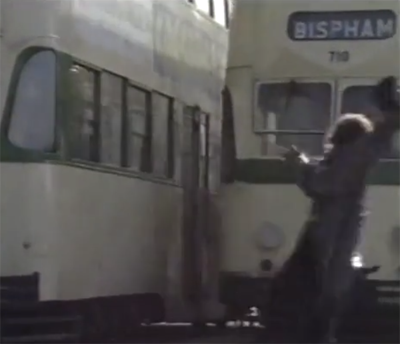 Green/Cream, single destination box, number under the box. Quite a wide under-window stripe compared to the neighbouring tram.  What appear to be black pedestrian-catchers. 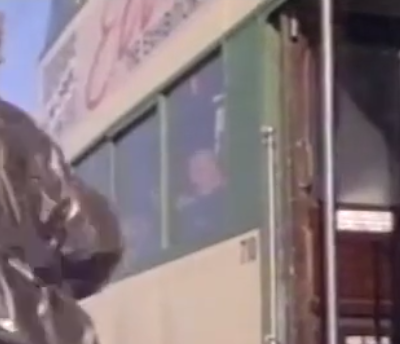 Green stripe follows the windows. Number next to door. The advert is currently unknown.

From my records, I have only seen 715 wearing roughly this livery (2017, later repainted): 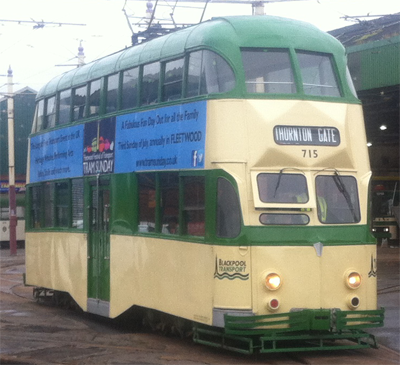 Ignore the awful advert banner and take off the Blackpool Transport logo, and this is close.

Looking at the OOC models list, 715 seems the closest match: 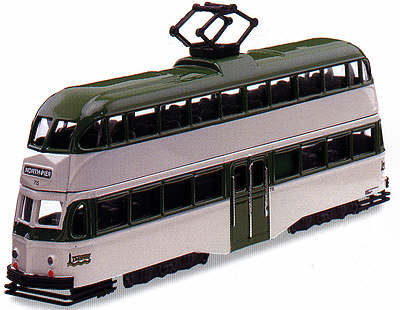 It’ll need the Tramway logo removed, and then renumbered to 710 (with the numbers moved forward of the doors) and have a new destination board.

This is another project for me, once I can find where I put the damn model!