The Minos is the version of the Autocab MDT that replaced the Omicron. It is the one that isn’t rubbish. 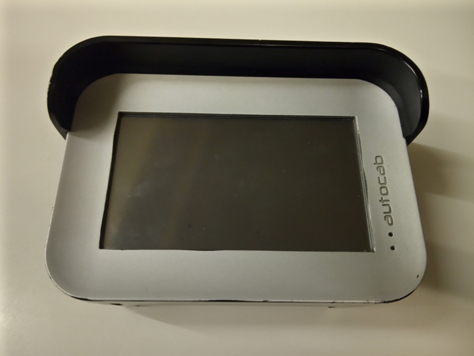 Normally these are powered from the Radio cable, but if you want to run them without a radio, you’ll need to work something else out.

So, looking at the Minos head unit (which I am forbidden to dismantle by my Boss)…

One side as a Mini-USB socket, and a USB-A socket. 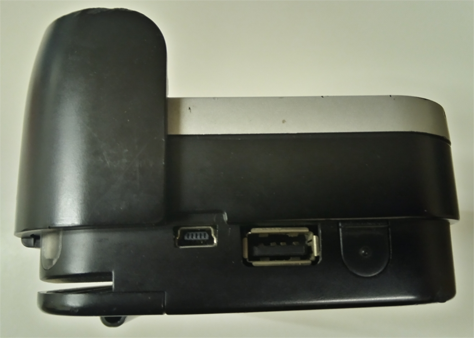 Neither of which will power the device. An “insider” tells me that they are both for firmware and software updates. 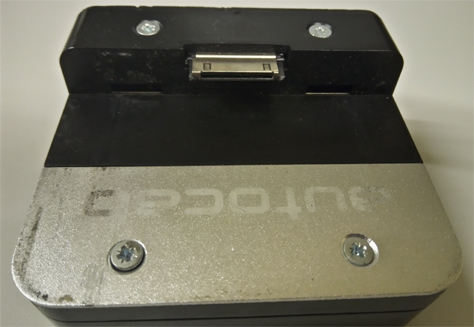 The Modem/docking unit has loads of sockets…

Another USB-A (diagnostics), two that I don’t recognise (oddly shaped USB mini but never used), a 3.5mm socket and a 2.5mm socket. The 2.5 an 3.5 might be for a Kenwood connector, but I’ll have to check the spacing to be sure.

On the other side, it is a different  matter…

The DB26 connector that leads normally to the radio. This is the only connection that we use on the units, so the power must come from here.

That is a D-sub Connector DB26 Male, so you’ll need the equivalent Female connector, which looks like this: 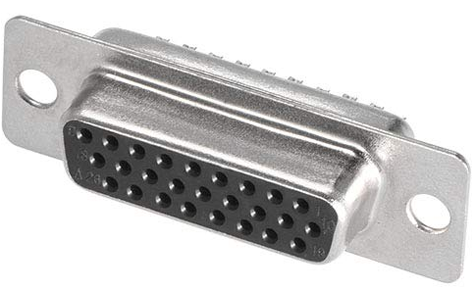 You’ll also be wanting some wires and and in-line fuse holder with s 3A fuse.

Oh, and the wiring diagram: 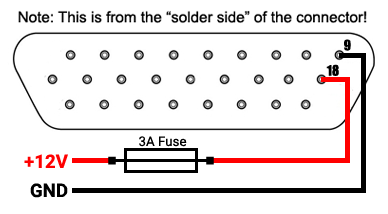 Make the cable as long as you need, but keep the fuse as close to the power supply as possible.

The cable should be 16AWG, such as this, but as that is almost impossible to solder into the DB26F, a short length of solid-core jumper should be ok.