No it isn’t a Swedish Death Metal band, it is what happened to my stupid 2m/70cm antenna. 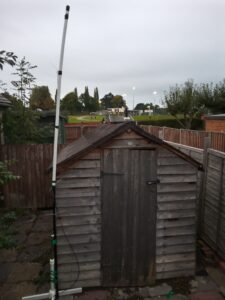 All was good when it was in the “lowered” position (as above), but things were dicey when it was “fully erect” (see below). 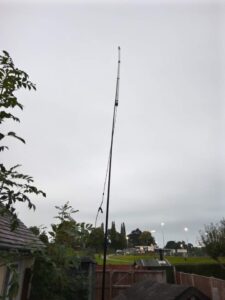 It was obvious that it was an accident waiting to happen, and this week it did. And lessons have been learned:

Version 2 is under construction, which will see various improvements/modifications/things that can go wrong.