Back in May this year, 6 weeks  into the First Lockdown, having no prospects of getting to go anywhere to test them properly, I bought myself a pair of Floureon M-880 PMR446 Walkie Talkies. 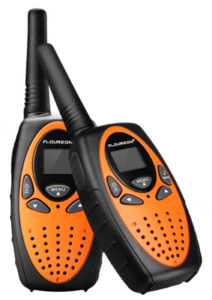 Rinky-dinky little toy radios that run on 3xAA batteries, only have 8 of the PMR channels. But what do you expect for £8.99 from wish.com?  (note the conspicuous absence of a hyperlink to Wish!)

They put out about 400mW (0.4W), which is within the PMR446 rules, but lower than expected (which I only learned yesterday, after bodging one to connect it to a power meter.  They do CTCSS (a surprising 121 settings), have an array of annoying beeps, and use these channels: 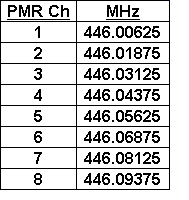 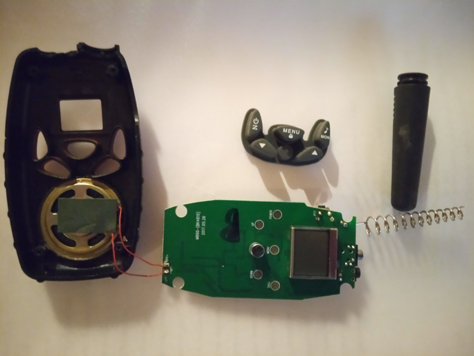 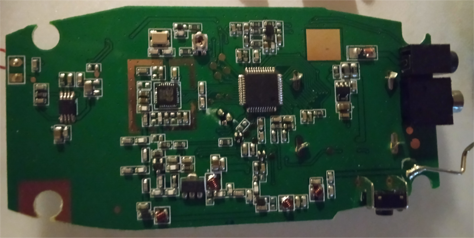 No surprises in there, says the utterly non-expert on modern electronics, and anyway, with my eyesight and hand-eye co-ordination I wouldn’t want to put a soldering iron anywhere near most of that. But the sockets on the top intrigue me. I am repeatedly told that thay are a standard Kenwood MIC/Earphone set up (such as used on the Baofeng UV-5R), but clearly that isn’t the case. Thats for another time though.

The advertising claims a 3km range, which in old money is 1.86 miles, and the distance between my flat and the girlfriend’s is 0.72km or 0.45 miles. Good for a test then!

So, firstly, the elevation change between the two:

With the big hill in the way, there was was no hope that they would work. So I did a drive test from one place to another. My route, which shows the point at which we could make contact: 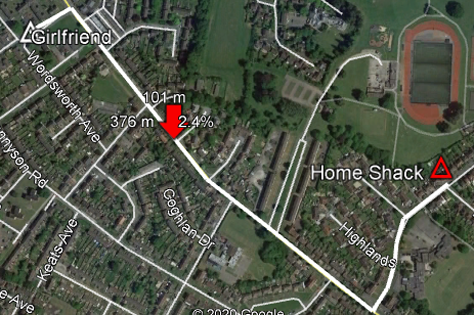 And elevation for the route (which is NOT straight line!):

So the effective range, when measured, in these circumstances was 0.3km. Not 3km, obvously. But the terrain was somewhat sub-optimal.

So what about a proper 3km line of sight test? Well it just happens that the Girlfriend’s flat is 2.87km in a direct line to the pull-in/gateway/passing place that I used to sit at when trying to CB DX. It it also the access road to the 2m GB3SV repeater, but at the time I didn’t know.

It has an excellent elevation profile:

So, did they work? Damn right they did.  A moderate 3 readability. Meanwhile, my Boafeng was recording at home on the same channel and picked up the signals from my spot up by the repeater mast.  Maybe a 2 on that, at 3.1km, on the elevation profile shown on the Repeaters page:

So, to summarise, cheap toy radio handsets are not as bad as you think.

There are Facebook groups dedicated to DXing with standard PMR446 kit, and if you are interested in the this then I suggest you check them out:

Oh, and one final note… just like any electric device that has a “soft” on/off switch, they eat batteries even when off. So either take the batteries out when not in use, or put an isolator in between one set on contacts.