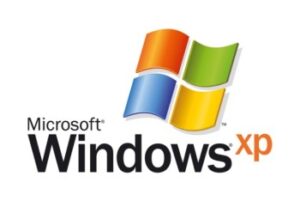 Microsoft is set to discontinue their support of the Windows XP operating system on April 9, 2014. Finally after nearly 13 years, they’re going to give up on their most stable product to date.

Well, XP is not going to stop working. Microsoft are stopping support for it. That means that it will continue to work (unless they suddenly turn into total Shitehawks and remotely disable every XP system in the world – not impossible, but totally improbable).

There will be no new updates

Remember that annoying shield icon that you’ve been ignoring for months, as running updates slows down your game of Solitaire? Well pretty soon it is going to be time to pay attention an run every outstanding update.

Really, if you have the time and resources, I recommend doing a complete XP install on a new drive, updating to SP3 and then applying all subsequent updates. Then taking a bit-for-bit copy of that and storing it somewhere safe for if you ever want to install XP on a new machine. Extreme, I know, but you may thank me later. Maybe you’ll be able to sell it on eBay one day.

Of course, if Microsoft issues a “Service Pack 4 – The Goodbye Edition”, you wouldn’t have to do that.

Your system security is going to suffer

Of course it is. Microsoft are going to concentrate on all the security holes in their newer operating systems, rather than fix problems in something that they haven’t get any revenue from for six years. Microsoft are in this for the money, not the love of what they are doing  (unlike most of the people involved with Linux).

Sadly, another bunch of people who are in for it for the love of what they are doing (and maybe some money), are the ratbastards that create all those viruses, trojans, and bits of malware that will seriously feck up your computer if you come into contact with them.

With Microsoft stepping out of the picture, these pissweasels are going to see a whole bunch of easy, unprotected, targets. And like a bunch of hillbillies seeing fish in a barrel, the shotguns are going to get fired.

But still, it really isn’t as bad as it seems. If your router if configured correctly, you really shouldn’t be liable to random attacks on your IP address. Most routers by default “lose” any incoming connections that aren’t connected to outgoing requests, but if you’ve set up port forwarding then you may expose yourself to a problem.

Personally, my router forwards all unknown ports to a VAX/VMS system that records every attack attempted, and then gives me a list of IP addresses to block.

Then you’ve got the multitude of third-party virus protection options, none of which I will name, as I have an equally low opinion of all of them.

I’m going to swear shortly. I’m warning you now, as it will be in bold and in a bright colour. The message is important and needs to burn itself into your conciousness, so I think I’m allowed in this case.

After faffing about fixing machines for people for bloody ages, most of the time taking trojans and viruses off machines that allegedly had good virus protection (see my distain above),  here is my shortlist of things not to look at:

If you continue doing any of the above, you are a FUCKING IDIOT and shouldn’t be allowed a computer in the first place.

Your games may stop working

Well, it all depends. I play World of Warcraft a bit, and my graphics card has just been taken off the Supported List. It is also off the Vista supported list. As of the next update, I’ll have to buy a new machine to play. That is a worst case example. It probably counts for Diablo too.

If the company does downloadable content, check with them.

If you’re still using Microsoft Office, get OpenOffice. Free, and it is as good as the Microsoft product.

So what are my options if I want to stick with XP?

Well, it depends. If your machine never sees the Internet, like my emulation games machine, just carry on as before.

Otherwise, sort the router out, stay off the dodgy sites, and just “be careful out there”.

Well, obviously the only alternative is going to be some breed of Linux. For a beginner, I’d have to recommend Ubuntu.

I really hope this is helpful to some people. I’ve tried to dial down my normal level of sarcasm to zero for this.